ICC Knock Out tournament 1998 in Dhaka 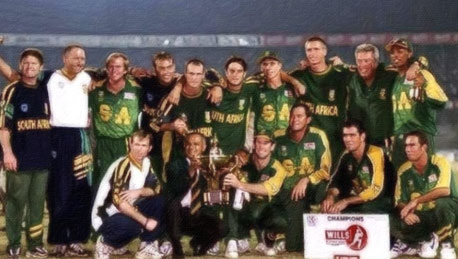 The first two tournaments, then named the ICC Knock Out tournament, took place in 1998 and 2000. These early tournaments were intended to raise the profile of the game in the host nations (Bangladesh and Kenya).
All of the matches in the 1998 ICC Knock Out were played in Dhaka. The tournament started with a preliminary match between New Zealand and Zimbabwe to decide which would proceed to the Quarter Finals.

ICC Knock Out tournament 2000 in Nairobi

Like the 1998 tournament, all of the matches in the 2000 tournament were played in Nairobi. There were three preliminary matches before the Quarter Finals, involving Kenya, India, Sri Lanka, West Indies, Bangladesh and England. 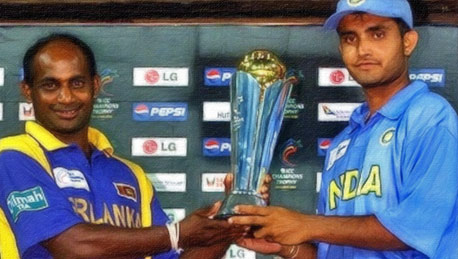 The 2002 ICC Champions Trophy is a cricket tournament that was held in Sri Lanka in 2002. It was the third edition of the ICC Champions Trophy (the first two having been known as the ICC Knock-out). The tournament was due to be held in India, but was switched to Sri Lanka when an exemption from tax in India was not granted.
Twelve teams competed: the 10 Test-playing nations plus Netherlands and Kenya. The teams were split into four pools of three teams each. Each team played the other two teams in its pool once, and the four teams that headed each pool proceeded to the Semi Finals. The Final between India and Sri Lanka was washed out twice, to leave no result. 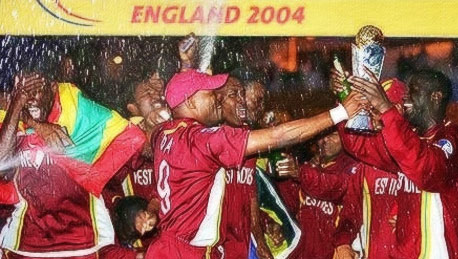 The 2004 ICC Champions Trophy was held in England in September 2004. Twelve teams, including the Test nations, together with Kenya, and making their one-day international debut the USA, competed in fifteen matches spread over sixteen days at three venues Edgbaston, The Rose Bowl and The Oval. 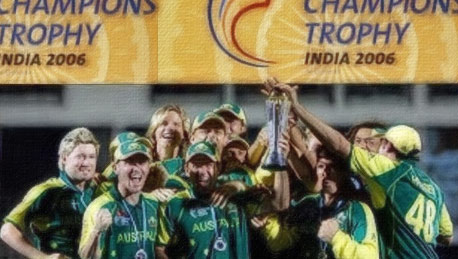 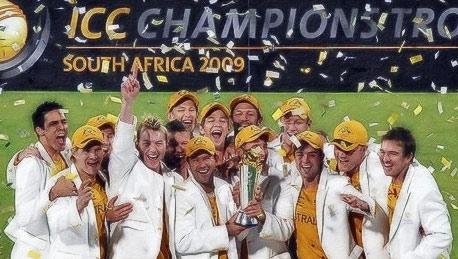 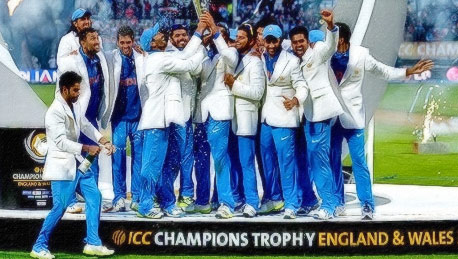 India added the 2013 Champions Trophy to the 2002 trophy they shared with Sri Lanka, beating England narrowly by 5 runs in a game that was there for the hosts to win. With this win, MS Dhoni became the first captain in the world to have won all ICC trophies. Under Dhoni's captaincy, India had earlier won the inaugural ICC World Twenty20 held in South Africa in September 2007 and the 2011 World Cup held in India, Sri Lanka, and Bangladesh. Chasing a modest 130 for a win, Ravi Bopara (30) and Eoin Morgan (33) had things under control and was going for the kill when Ishant Sharma turned it around with two wickets in two balls, after a six and two wide balls in the 18th over. That started a collapse that saw four wickets lost for three runs in eight balls. England finished on 124/8 after James Tredwell missed the last ball of the innings with six required for victory. India XI: Shikhar Dhawan, Rohit Sharma, Virat Kohli, Dinesh Karthik, Suresh Raina, MS Dhoni (capt & wk), Ravindra Jadeja, R Ashwin, Bhuvneshwar Kumar, Ishant Sharma, Umesh Yadav.
England XI: Cook (Captain), Bell, Trott, Root, Morgan, Bopara, Buttler (Wicket Keeper), Bresnan, Broad, Tredwell, Anderson.